Veterans Transition House annually selects and pays tribute to a Southeastern Massachusetts veteran who has made an outstanding contribution to veterans, veterans’ issues, and the community as a whole. The Board of Directors solicits nominations from the public each year, between August 1st and September 24th, for the Veteran of the Year Award. This nomination form can be found here.

On, or near, Veteran’s Day, Veterans Transition House hosts its Southeastern Massachusetts Veteran of the Year Award Banquet. Sponsored by BankFive and Lockheed Martin, this special event welcomes over 100 veterans and their families, members of veterans’ associations, elected officials, VTH donors and friends from the community.  If you would like to receive an invitation to attend, please contact Jason at jason.stripinis@vetshouse.org. 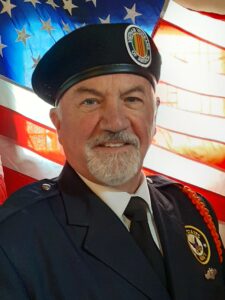 Veteran of the Year Award

The 25th Southeastern Massachusetts Veteran of the Year Award will be presented to Justin Latini. Justin served in the United States Navy during the Vietnam War from 1971 to 1974 onboard nuclear ballistic missile and fast attack submarines. Justin currently holds the position of President of Vietnam Veterans Chapter #207 and is Secretary on the State Board for Vietnam Veterans. He is also a board member and fundraising chair for the permanent Vietnam Memorial Wall presently being built in Fall River, Massachusetts. Justin resides in Westport, Massachusetts.